Museums Victoria, Australia’s largest public museum organization, boasts a rich, dynamic history spanning over 160 years. Since 1854, the museum has progressively grown and evolved into an expansive institution that now comprises seven venues, 700 staff, and over 17 million collection items. Although it’s a governmental entity, from a marketing standpoint, Museums Victoria is tasked with the same imperative as any modern company: the need to cultivate a strong digital presence in order to reach and connect with its target audience.

Previously, Museums Victoria’s social media management processes were somewhat cumbersome. Scheduling and publishing were handled natively within each platform — and this led to inefficient workflows.

The Social Media Manager would often set personal alarms/reminders for when to post and used email notes as a way to keep track of upcoming content plans. Without a centralized system in place, the Social Media Manager’s focus was divided and, as a result, they struggled to reach Museums Victoria’s audience at the right time with the right message.

On top of that, all reporting was done manually. For post-campaign reports (on lengthy campaigns that typically ran for six to eight months), the Social Media Manager would compile the highly granular data — reach, impressions, etc. — into an Excel spreadsheet by copying and pasting directly from Facebook. This was required across all of Museums Victoria’s social media accounts, and for each post related to the campaign. This was an extremely time-consuming endeavor and left ample room for human errors which would compromise the data. Needless to say, reporting was always a major pain point that left a lot to be desired.

Community management was also handled on an individual account level. Without a centralized system, DMs were responded to natively within each account and, consequently, were not checked as regularly as they should be. To further compound the issue, access was governed by a patchwork of login credentials that anyone could use. There was no way of controlling — or even knowing — who had access to what. Overall, it was clear that an overhauled system (centered around a single, unified social media management platform) was sorely needed. And that’s when we entered the picture.

Olivia knew that, by consolidating all Museums Victoria’s social media management tasks within a unified command center, she and her team would be able to operate far more efficiently and effectively.

Now, instead of scheduling and publishing content natively, the Social Media Manager can simply log in to see, at a glance, what’s scheduled across Museums Victoria’s numerous social media accounts. They can also make changes and create new posts quickly and easily within the platform. Gone are the days of setting alarms and reminders for when to post content. The Social Media Manager can now effortlessly schedule posts to align with the days/times Museums Victoria’s audience is most active.

“Everything is centralized in one place — content planning, scheduling, management, reporting, and listening all in one. It meant we could save time, plan strategically, and move at a faster pace because we were able to get everything organized and done.”

For reporting, manual processes have been replaced with an intuitive interface that automatically presents Museums Victoria’s social data clearly and insightfully. The Social Media team simply selects their KPIs for an instant view into Museums Victoria’s social media performance — complete with clean data visualizations (charts, graphs, etc.) to help them drill down, identify optimization opportunities, and truly understand how social is impacting the organization. And, to relay these insights, reports can be conveniently shared with Board members and senior stakeholders.

Community management has also been streamlined, with reps from both the Booking & Inquiries team and the Public Information department now using the Engage module to handle inbound requests. Questions are categorized, then swiftly assigned to the appropriate internal officer — all while avoiding messy email chains and supplanting them with a single, transparent communications channel. And, to monitor operations, all responses and response times can be diligently tracked.

“I love that it’s intuitive and it visually makes sense to the user. But the reporting and metrics are what I really enjoy most because they’re just so clear and easy to understand.”

The Social Media Team was able to achieve their goal of embedding a holistic, centralized social media management tool within the core marketing framework of Museums Victoria — and this has yielded both qualitative and quantitative outcomes for the organization.

On the qualitative side, the processes surrounding Museums Victoria’s social media efforts (E.g. content planning, reporting, and community management) have become far easier and more efficient. This time-saving ease and efficiency has allowed the team to reallocate their bandwidth toward creativity and strategic thinking.

“Now, we can put more of our energy into producing content and finding creative ways to engage our audience.”

On the quantitative side, our influence on the organization’s success is rooted in the data we provide. Since the onset of COVID-19 in 2020, digital and social media have played an increasingly important role in the Museum’s marketing efforts. And, throughout this difficult period, the team have felt equipped with the insightful data they need to make well-informed decisions and report on performance in a way that clearly demonstrates the value of each social channel. Consequently, the team have been able to optimize Museums Victoria’s social media strategies and drive substantial, measurable growth. Notable stats to illustrate this include:

As Museums Victoria’s marketing department continues to develop and mature, the team plans to dig deeper into more advanced offerings to elevate their efforts even further. For example, they’re currently working toward fully implementing Benchmark, our social media benchmarking module, to contextualize their performance within the Arts space.

The Social Media team at Museums Victoria believes that staying up-to-speed on the rapidly changing world of social media is crucial to their success. To accomplish this, they often turn to advice from our customer success managers and the diverse collection of educational resources available to continue learning and growing as marketing professionals. In doing so, they have tapped into an additional “bonus” benefit that’s available to all clients and the positive impact can be seen on both an organizational and individual level.

GET THE BEGINNERS GUIDE TO TIKTOK
Book a Demo

Book a demo and chat with us.

Business moves quickly. You need information and updates in real time on what's happening to your business, industry and competitors. 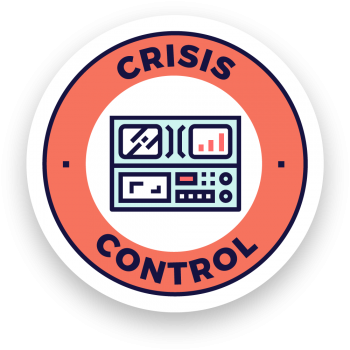 Crisis Control brings together your team on the right information as it happens using live dashboards, data firehoses, smart categorisation, trend detection and realtime alerts to inform time critical decisions and get ahead of the issue.